This is my story

After 25 years as an Army officer I retired in July 2018, but only in the last year at work I revealed my transgender status, and only in a selective environment, specifically the Help for Heroes Recovery Centre, Tedworth House, a beautiful stately home nestling in the Wiltshire countryside near Andover.

I spent one week there on an Army WIS course (Wounded and Injured Servicemen) after 7 months of stress-related sick leave resulting from my transgender issues, and that one week was a life-changer. I was surrounded by ex-infantry soldiers in their mid-twenties, each with one or more limbs missing, courtesy of Taliban IEDs in Helman Province, Afghanistan; all coming to terms with their new lives as amputees, including dealing with the punishing effect of PTSD (post-traumatic stress disorder). The most abiding memory of that week was the sound of artificial legs stomping around on the wooden floors of “The House”, as it is affectionately known by its residents. 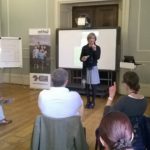 And so for the first time at work I presented myself as a woman and the intrepidation and fear I felt was palpable. But the modern Army is a beacon of trans-inclusiveness and I was enthusiastically welcomed as Julie by absolutely everyone in The House; I have never felt so much love and affection from a group of trained killers.

I was invited to return and deliver a presentation to an Army Mental Health First Aid (MHFA) course at The House, discussing secondary issues resulting from being transgender. Enthusiastically I researched and drafted a 15-minute PowerPoint presentation about my transgender journey including the history, science, culture and law relating to transgender in Western Society.

But the presentation took over 30 minutes to deliver and as my audience sat patiently and attentively, cups of cappuccino resting on titanium knees, the occasional squeak of wheelchair bearings, I cracked a joke and said my presentation had grown arms and legs; but I knew the audience would not be offended because every soldier uses black humour to great effect in the face of adversity, many having given each of their legs a female name prior to departing for Afghanistan, in the knowledge they could talk affectionately about their missing limb once it had gone.

With vanity and naivety I placed a video clip of my MHFA presentation on my “Julie Miller” Facebook Page and rather mysteriously a week later my 20-year old son, an undergraduate at Portsmouth University, invited his Dad to spend a day with him – a golden rule of university students is they never invite their parents to see them, it just ain’t cool – and with justified curiosity I took him for lunch in Portsmouth during which he told me he had received, courtesy of Facebook algorithms, a video of a woman giving a presentation with a voice sounding just like his father’s, but in the same breath, said, “Dad I know you are trans, and I am fine with it”. And so it was I had inadvertently “come out” to my son, and within 24 hours I had rung my daughter, who worked for Winchester University, and she was thrilled to hear her Dad was trans, she just loved the concept.

And by sheer coincidence – and I swear to you dear reader, this is a true story – she just happened to be organising a “Gender Identity and Trans Awareness Symposium” at the University and she cordially invited me to give my presentation there.

My transgender journey over nearly half a century has been difficult in the pursuit of explaining to a hostile and sceptical community that I dress as I do because, like them, all I want is to present myself in a manner in which I feel most comfortable, see piccies which date back to 2001. 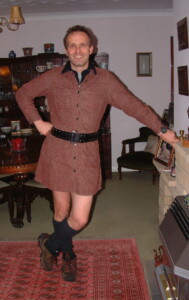 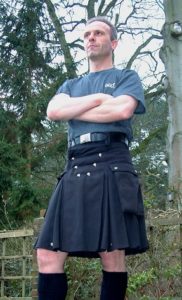 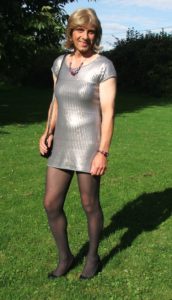 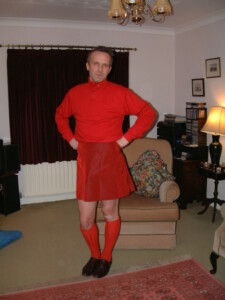 And like the soldier I am, I have resorted to humour as the best weapon in my armoury to defeat the nay-Sayers and I have built up a select list of retorts to the LIMs (Low Intelligence Males, see Alex Drummond’s book “Grrl Alex”) who have over the years shouted abuse at me across the street or from the security of their white vans, like “Oi mate, what’s up yer skirt?” My favourite response has been to say “what’s up this skirt is too big to fit in a pair of trousers”, and then whilst pointing at their bifurcated crotch, “but I see you don’t suffer from the same problem”.

And so I deliberately developed a light-hearted and thought-provoking 45-minute presentation for the Symposium which I described as a “superficial canter through the wonderful world of transgender”, provocatively entitled “The Bluffers Guide to Transgender”, making light of a very serious subject.

The presentation starts with a trip down my memory lane from birth in 1958 until I was “diagnosed” as transgender at The Laurels Gender Identity Clinic in Exeter, 2016. I then describe transgender in terms of science, culture and history by inviting the audience to pretend they have just met me in the elevator in Debenhams, Bournemouth, on the way to the café on the top floor in pursuit of caffeinated refreshment. I give my “elevator statement” in which I explain the basics of transgender very quickly as the lift propels us upwards, explaining that transgender is an umbrella term, gender is not just being a man or a woman, it is not a choice, it is a state of being, and 1-4% of the population are trans.

And then the audience and I settle down in the café next to the log-effect fire in one corner and the potted palm in the other, and I proceed to explain transgender in more depth, making analogies with other “states of being” like being born short or tall, pretty or ugly, left or right handed. I then reveal to the audience with precision accuracy the exact size of the Gender Spectrum; I make an analogy of gender dysphoria being like hunger and the desire to eat. The presentation climaxes with the “Theory of Transgender Relativity” in which I compare my transgender journey with that of my fellow transgender time travellers; and I reveal that I share something in common with Einstein, in our younger years we both had the same hair style. I conclude with my vision of the future and the hope of a Society that respects any gender identity that makes a person feel comfortable.

I rehearsed the presentation in December during another Army course at Hannah’s, a charity for severely disabled people at the Seale Hayne Academy in Devon, to two audiences of staff and students, and gave the real thing at Winchester University on 16 January 2018. The applause I received was rapturous and over-whelming and the word most used afterwards by everyone who congratulated me was “brilliant”. One lady told me her mother had seen me recently as Julie, shopping in Phase Eight in Bournemouth, and described me as “inspirational”, which was extremely humbling, but I did not have the heart to tell her I have never been shopping in Phase Eight in Bournemouth, but that’s another story…….

As a retiring Army officer I could just buy a dog and watch daytime television but that’s just not me and I have decided to pursue a vocation of giving my presentation in various guises to anyone and everyone who will put me up and put up with me, whether charities, colleges, schools, universities or places of work. 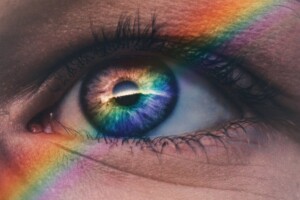