As a middle ranking military officer in the British Army for 25 years, Julie Miller learnt the tactics of war and offers below, using the British Army’s “Mission Command” process, an analysis of the transgender battlefield.

For many transgender people, each day of their life is a running battle against a culture that treats them like a fiercely despised foe, like an alien whose very presence is seen as an act of cultural contempt and who should be punished by any means possible.  At its mildest the punishment is rejection from the community, abrasive and uncomplimentary comments, unwarranted exclusion from institutions like simple restrooms and sports changing rooms, and at their worst is actual physical abuse and even murder.

And the only “crime” the trans-person has committed is to present their identity in a manner they find most comfortable, just like everyone else can, but sadly the culture in which they belong, for unfathomable historic reasons, deems this presentation a hostile act.

Other cultures around the world and throughout history have accepted transgender people within the community, for example the Fa’afafine of Samoa, the Hijra of India, the Waria of Indonesia, and the native Two-Spirit Indians of North America (albeit they do not use use the word transgender) and there is no rational reason in modern Western Society why a trans-person should not be treated with respect and live peacefully with the non-transgender community.

The people who do not accept us have no rationale for their hate, and their superficial arguments are easy to ridicule and dismiss, but still they loathe us and make our lives difficult. They have their individual anti-trans agendas, for example right wing political activists, right wing religious movements, and trans-exclusionary radical feminists.  They are the trans-apartheid and need to be confronted and challenged at every opportunity. The fundamentals are on our side, in particular science and the inexorable onward march of modern Western society’s pursuit of humanity and equality for all.

Once it was not normal to see gay people and people of colour going about their daily lives as respected members of the community, but now they do as a result of this pursuit of humanity and equality, and there is no reason why trans-people cannot achieve the same state of “normality”.

Our mission is to use all lawful means to defeat the irrational arguments and discrimination of the trans-apartheid and promote transgender as an accepted and respected component of natural human variation, in order to normalise transgender in modern Western Society.

The gender battlefield is asymmetrical in that our adversary takes the form of a culture that is the entirety of the history and traditions of a complex society spanning generations, and born of this culture are strategies and tactics from trans-apartheidists that differ according to their respective agendas. The weapons they use are similar, ranging from political lobbying, anti-transgender media articles, and verbal and physical abuse of transgender people going about their lawful lives.  But as trans-people we are just singular individuals who have to face this monolithic culture with all its multi-faceted aggressions, strategies and tactics, and it is a formidable and fearful experience.

In order to counter these tactics and pursue the normalisation of transgender in modern Western Society, the trans-person can undertake a variety of proactive actions, broadly divided into two categories:

Whether the action is as part of a collective or as an individual the over-arching principle that should be deployed is take Sun Tzu’s advice and subdue the enemy without fighting, specifically using the following principles:

Education – this is the principle weapon available to a trans-person and they should take every opportunity to read and research trans-science, culture, history, politics and law, in order to arm themselves with as much knowledge as possible and to counter and ridicule the superficial arguments of the trans-apartheid.

Visibility – fundamentally the more trans-people seen in public, whether in the high street, at public events like football matches, in places of work and play, the quicker and more likely that transgender will become normalised in Western Society. We live in a fair, tolerant and liberal society and it is these qualities of the community in which we live that will eventually mean acceptance of trans-people.

Courage – The history of trans-people over the years is documented with stories of verbal and physical abuse, including actual bodily harm and murder.  It takes great courage for anyone to present themselves in a public situation in clothes and other attributes that are alien and counter to the prevailing culture, but we must all summon the strength from within our souls to present our gender identity as we feel comfortable despite the obvious hostility we may face.

Minimum force – Whenever a trans-person is in a confrontational situation, for example experiencing transphobic comments or abuse in a social or domestic setting, whether in a café, shop, or at a place of work, the best course of action is to use minimal force. For example:

Disarm by charm – Again in a confrontational situation, it is easy to get angry, aggressive and counter-confrontational with the transphobe but this just aggravates the situation and fuels the fire, and bystanders will witness an unpleasant exchange, which will not warm them to the transgender person. The most disarming course of action is to use charm and remember the ABC of trans-confrontations “Always Be Cool”.  Both the transphobe and bystanders will respect your constraint and your attempt to defuse the situation by an exchange of pleasantries rather than obscenities.

Send for Reinforcements – the law is on your side, specifically the Equalities Act 2010, which lists “gender reassignment” as a protected characteristic. So if the situation is serious you can call the police and tell them you are a transgender person experiencing a transphobic crime.  To be protected from discrimination you do not have to be undergoing any specific treatment or surgery. You can be at any stage in the transition process, from proposing to reassign your gender, to undergoing the process, or having completed it. 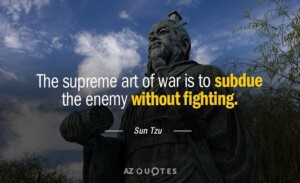