This is a letter to The Times that I wrote on 24 Dec 18 complaining about a poorly written article in their paper. It wasn't published, but is preserved below for posterity

As a non-binary gender-fluid trans-woman, I found your article “Trans ideologists are spreading cod science” equally disturbing as it was confusing with Janice Turner attempting to unravel the science of sex and gender depicted, apparently, by the charity Mermaids.  But she only succeeded in clouding the debate even further with irreverent use of the terms “jelly-babies” and “cod science” and reference to sex and gender as mutually interchangeable terms, glossing over many decades of progress by psychologists in understanding human sexology.

The American sexologist John Money coined the term “gender role” half a century ago to clarify the difference between sex and gender, the former defined by sexual organs and chromosomes, and the latter a behavioural role.  Why would the scientific community need to invent another word for “sex” when they already have one…. Sex!

Like all behaviours, gender is a spectrum, with binaries of “man” and “woman” at either end and an amorphous category of “non-binary” in between.  People who transgress culture’s arbitrary binary-gendered system are labelled transgender and are routinely abused and ridiculed for their lawful pursuit of the physical appearance that reflects in the mirror as the correct image of their true self – a right that non-transgender people take for granted without fear of persecution.

The gender revolution has surfaced from beneath the radar of society and is now in full flow, but like the Copernican Revolution many years ago that confronted concepts of planetary motion, our western culture is in denial about fundamental gender science. Like “transgender”, the word “heliocentricity” was divisive because it described the earth rotating around the sun, but for many decades, until Galileo’s telescope enabled us to clearly observe planetary motion, insecure people clung to the geo-centric model of the sun orbiting the earth.

Thankfully like Galileo’s telescope, scientific techniques are now enabling us to peer into our DNA and identify genes that define gender behaviour, and those people who persist in confusing sex with gender will eventually appear overtly ignorant, “gender simpletons” to coin a phrase, and as anachronistic as those who once thought the sun orbited the earth.

People who are born with female bodies (contemporarily referred to as “women”), and who have long suffered the indignities of a binary gender system (suffrage, inequitable pay, domestic abuse, etc), are increasingly being joined in their gender category by those born into male bodies, and together are extinguishing these prejudices as we move, hopefully, to a multi-gendered society.

As all women know to their angst and persecution, and whether they were assigned female or male at birth, to be a woman in this unforgiving and hostile binary-gendered society…. takes balls! 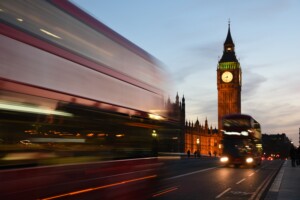