A light-hearted examination of societies fixation with gendering garments

Or how culture and language defines how we think of gender.

There I was, 13 years’ old, a sensitive teenage boy doing what all sensitive teenage boys do at that tender age, trying on mother’s and sister’s dresses; and like everyone else who finds comfort in sensuous clothes, I just wanted to carry on wearing them, not just at home but out and about too.  Sadly, unwritten societal rules forbade a boy to wear dresses and if they dared step over the metaphorical line in the sand, they were at best disaffected by the community and at worst mentally and physically punished for challenging the natural order that was, and unfortunately still is, British culture of a certain tradition.

And in keeping with society’s infatuation with derogatory labels for people who transgressed expected norms, boys or men wearing clothes usually associated with women were labelled transvestites or the slang “trannies”, or cross dressers; and in a deft move of absolute hypocrisy, girls or women who chose to wear trousers were saved from similar punitive categorisation.

Magnus Hirschfeld coined the word transvestite in 1910 (from Latin “trans”, as in “across, over” and vestitus, “dressed”), deemed a sexual interest in wearing clothes of the opposite sex; and it was this fear of sexual association, of physical abuse and ridicule, and the accompanying social stigma, that meant I kept my secret hidden for decades to come.

I have personally now endured this mental torture for half a century and forthwith take great pleasure in unceremoniously destroying one of the transgender myths, which is the misnomers “transvestite” and “cross-dresser” as descriptions of boys or men whose reasonable and just desire is to wear clothes for only one simple reason, personal comfort.  These phrases are dysfunctional terminology from a society struggling with unstable moral and ethical foundations, exemplified in its historical past, for example banning women from voting in elections, outlawing homo-sexuality, tolerating casual racism and simultaneously turning a blind eye to the activities of paedophiles in religious institutions, educational establishments, and even football clubs.

Now For the Science

Let’s deal with proven science: sex and gender are two different concepts. The former is the physicality of a human body that determines sex by virtue of organs like the womb, prostate, vagina and penis.  The latter is cerebral, an instinct; it is how a person’s mind is programmed to think, and hence whether they feel masculine or feminine, and the desire to present these feelings physically, either manly or womanly or any variation of these two binaries.

With basic science established, let’s look at the engineering building blocks. All clothes begin as industrial raw material, for example threads of cotton or wool, inanimate materials with no gender injected or infused into them.  They are not programmed to be male or female, they are just threads.

These are woven into cloth and again are not contaminated with a gender-determining substance, or submerged in a bath full of gender-goo; they are still just inanimate gender-free objects.

The cloth is then by design and manipulation, converted into a piece of clothing, the style determined by many processes; colour through dying, shape by cutting, sensuousness by thickness and texture, and decoration by accessorising.  Still it has not been given a gender.

Sales and Marketing of Clothing

Manufacturers then make commercial decisions on how and where to sell clothes to maximise profits, and retailers make similar decisions.  In high street shops they display a fuller range of clothes in one side of the store labelled “Women’s Section”, and a lesser selection in the side “Men’s Section”.  The former includes all colours of the rainbow, all manner of decoration, whether sequins, embroidery, accessorized, bifurcated or un-bifurcated (trousers versus skirts) and fuller robes appropriately entitled mini or maxi dresses or cocktail dresses, or any infinite variation on the theme.  They still have not been awarded a gender.

One side of the shop is for people whose strength of emotion about their physical presentation means they are very particular about choosing clothes that exactly match their personality, way of life, moods and aspirations, and in British society these people are mostly female bodied.

The lesser side of the shop is for people whose emotions about their presentation are not as strong, or they compartmentalise for fear of detriment to their preferred cultural presentation, and these are mostly male bodied people.  In this side of the shop colours are limited and typically any shade of blue, brown or black; shoes have only one size of heel, decoration is limited to, say, style of button, and only bifurcated garments can cover the body’s lower half.

Whilst our society still maintains significant dysfunctionality, thankfully it is free, fair and tolerant compared to many other cultures across the Globe, and there are no restrictions imposed on purchases by people of any gender from either side of the shop, and no-one will be arrested for their choices. Male bodied people can shop in the “Women’s Section” and female bodied people in the “Men’s Section”.  Anyone and everyone can buy whatever they like, and still the clothes have no gender.

This science, engineering and commercial logic leads us to one irrefutable conclusion, there is no such thing as “women’s” or “men’s” clothes, they are just “clothes”, of an infinite variety of styles, shapes, colours and designs but inherently they are just gender-free inanimate objects organised in a manner that makes our shopping experience more efficient and enhances the manufacturer’s profits.

The fabrication is not so much the physical manufacture of the garment, but the subconscious manipulation of the English language by an insecure society that struggles with people who chose to wander off the mainstream cultural path.  Thankfully, education has moved society to a state where homosexuality is now deemed acceptable, as are people of colour walking the streets without fear of abuse, and paedophiles are persecuted with appropriate venom.

And it is now time for people of transgender persuasion to be able to similarly walk the streets of Britain securely and freely without fear of persecution, abuse or ridicule, and without derogatory and insulting labels like transvestite, cross-dresser or “tranny”. 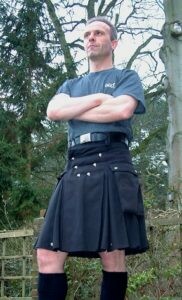 Trans women are female – no debate!

Trans Debate, Female Debate or No Debate? “Trans Debate” is an inappropriate and abusive phrase for any trans person to hear, because their existence is real and not up for debate. It is

Fundamentals of Sex and Gender

Fundamentals of Sex and Gender.   This video discusses the 3 fundamentals of sex, gender and sexual orientation, the gender spectrum and gender dysphoria     https://www.youtube.com/watch?v=nx9yqzNhQx4&t=35s&ab_channel=GenderRevolution

Historical Comparisons.  This video analyses the current gender revolution with a similar revolution that took place 500 years ago, the Copernican Revolution, that had an equally powerful impact on our society.  It makes

Looks at the history of the study of gender and sex, then focuses on the 4 theoretical reasons for the existence of transgender people, focusing on genetics and epigenetics. https://www.youtube.com/watch?v=WIrHrczzloM&ab_channel=GenderRevolution

Hypothesis that society is experiencing a "gender revolution" that will eventually lead to significant changes in our culture in respect to how we interact with each other in terms of our gender and sex. Makes

Coming Out as Trans

Health and Safety Notice: Before reading the principles outlined below, please check your birth certificate and ensure you are over 18 years of age, because this area of the website is for adults only.  If you

A segment of the presentation "A Bluffers Guide to Transgender" in which I debunk the myth of "women's clothes" and "men's clothes", concluding that there are just "clothes"

A light-hearted speech that highlights the current confusion within our culture between the concepts of sex and gender, focusing on the mis-gendering of children when they are born by the automatic assumption

Speech which addresses Trump's "trans-erasure" proposals.  Compares the current gender revolution with a similar revolution many years ago, the Copernican Revolution,  that caused an equally seismic shift in the direction of our